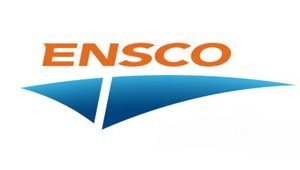 Ensco is a Public Limited Company that offers well drilling and offshore drilling services. An American fund manager and investor founded the company in 1975. Ensco plc founder, Richard Rainwater made a great fortune from this investment that he was listed as one of the top 1000 richest individuals worldwide in 2010. This company focusing on the petroleum industry is headquartered in London, United Kingdom. It also has its operational headquarters in San Felipe, Houston, Texas. The current Chief Executive Officer, Carl Trowel managed to generate a net revenue of $4.063 billion as at 2015. To date, Ensco PLC has an active employee count of 6,400.

Initially, the company had the name Blocker Energy Corporation. The contractor is now the second largest drilling contractor, with an operational base in 11 semi-submersible drilling rigs, 40 offshore jack-ups, and nine drillships. The contractor avails quarterly updates on the progress of every rig within its fleet, with the year 2015 recording 14% of its income coming from Petrobras; 18% recorded from BP.

Blocker Energy Corporation was incorporated as a Public Limited Company in 1975 after graduating from Texas A&M in 1948. Initially, the company focused its operations on the Gulf of Mexico, and then set up a South Texas drilling in 1954 with his father. The company was dissolved when an oversupply of oil in the market paralyzed the oil-drilling contractor. Blocker resolved to work with Dresser Industries as the oil-equipment division operations manager, steadily advancing to the level of senior vice-president.

Blocker purchased Choya Energy and renamed it Blocker Energy, using his South American experience to place the company in the international market strategically. A market he believed was less competitive than the local markets that had more than 900 similar drilling contractors. The demand for Blocker Energy’s services drastically rose, driving the company into a debt of $44 million. This prompted the management to put the business public and source further funds.

Thinking that oil prices in the country were set to shoot up, Blocker energy resolved to borrow heavily so as to expand their oil rigs capacity to 54. The company was set for disappointment when the prices of oil plunged drastically. To counter this, the company resolved to restructure the organization and surrendering 64% of the contractor’s assets to its banks. This helped by raising a net amount of $240 million in debt forgiveness, but leaving behind six rigs. The number of employees dropped to 500, even though the number of rigs rose to 24 in 1984.

The contractor acquired Golden Gulf Offshore Inc., together with ten boats, which distributed four vessels to its rigs. It further purchased Penrod Holding Corporation after it filed for bankruptcy, adding nineteen more rigs to its fleet. ENSCO further acquired Pride International for $7.3 billion, gaining instant access to the West African and Brazilian markets. This diversifies the contractor’s asset base to semi-submersibles and drill ships from large jack-up rigs.

ENSCO encountered bribery claims when signing a contract with Pride International in 2015. This, therefore, prompted the need to terminate this contract for the rig.